The guys at Valken Sports wanted to give you something that has never been done before in a high end paintball loader. The VSL Switch can accommodate all the players on the field. For the players that like to be the tip of the spear you can keep your loader light with only carrying 180 rounds of paintballs. Or if you like to be the heavy gunner you could put up to 250 paintballs in your loader. The VSL Switch also has two other ball counts you can chose from 200 and 235.
The way Valken was able to achieve giving the players the ability to choose from carrying 180,200,235 and 250 paintballs is the removable floor and a capacity extender that is included with the VSL loader. Taking the VSL out the box, the ball count will be 180. Take out the removable floor and now you’re at 200 rounds. Put the floor back in and use the capacity extender and you’re going be at 235 rounds.  Using the capacity extender and no floor puts you at 250 paintballs.
One last feature that Valken Sports decided to do was allowing you to use the VSL Switch for .68 caliber and .50 caliber paintballs. They realize not everyone is playing with only .68 anymore. 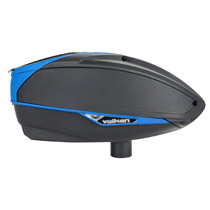 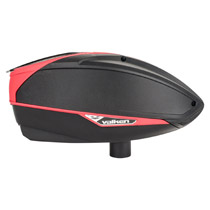 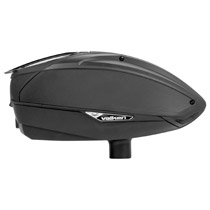 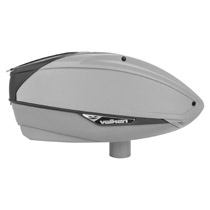 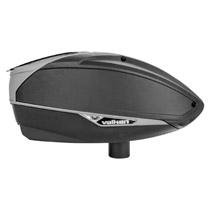